By Unknown - March 08, 2017
“Joseph-Nicholas Delisle and his nephew by marriage, Philippe Buache, were obsessed by the idea of a vast sea, connected to the Pacific in northwestern North America. Beginning in 1752, Delisle and Buache published a series of maps and memoirs describing this mythical 'Mer de 1'ouest'; some of their maps appeared as late as 1779 in Diderot's Encyclopédie. The 'Mer de l'ouest' had been a strong motive for exploration but as early as the 1740s few others dared place it on a map”.
(Library and Archives Canada)
During our second day of Innovation Stations a rather interesting metaphor struck me. We were discussing how as early users of this educational technology, we have a responsibility to document our learning journey, successes and failures, so that others might learn from us and to provide documentation of our thinking processes for our own reflection.

Maybe this is a little like the early explorers of Canada, such as Delisle and Buache, who dared to envision something different, something uncharted, something magical. They had hope and belief in discovery. When they set off on new explorations, they were not sure where they would lead. With conviction, passion, incredible resilience, and bravery they embarked on their expeditions.

As I looked around the classroom this afternoon, I noticed students totally enamoured with their learning expeditions. When they encountered challenges, such as robots 'misbehaving' or code not quite working they asked questions of each other and tried something else. I witnessed teams seeking support from the team who completed the station the day before. In the final moments of consolidation, students were keen to add their reflections, as they are beginning to see the importance of it for themselves and for others. With each exploration, a map required to show where we have been.

All of this makes me think of the many edtech 'voyageurs' who dare to envision education as something different than it is today. Those who create possible 'maps' of what education can be, those with hopes and aspirations for learning in new and innovative ways. We cannot predict with certainty what the future will look like. Our 'maps' may turn out to imperfect, such as the mythical 'Mer de l'ouest'. Yet, we keep searching for new places, with hopeful and passionate hearts.

Educators and learners as voyageurs of learning.

Popular posts from this blog 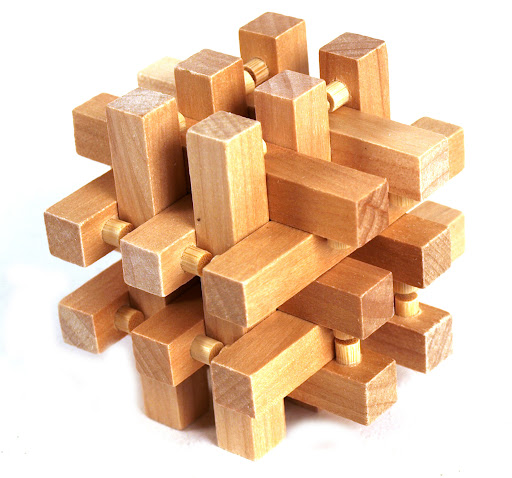 The first 6 weeks with our 3D printer centered around experimentation and debugging. We familiarized ourselves with TinkerCad, conducted research, and spent many hours grappling with our failed prints and mishaps. With our new motor installed, and heightened appreciation for the functionality of this amazing tool, we got started on our first design project.

I brought a few wooden mind puzzles into the classroom for interest and relaxation, but also for their value in developing spatial reasoning. They provided us with the inspiration we needed for our first project!

My purpose for integrating 3D printing in the classroom stems from a curiosity of students' spatial reasoning abilities and how designing and creating in a virtual 3D world might enhance their thinking. These capabilities are essential in many STEM careers (science, technology, enginering, and math) and are linked with overall mathematical performance. Spatial reasoning is an area in mathematics education that is a bit …
Read more 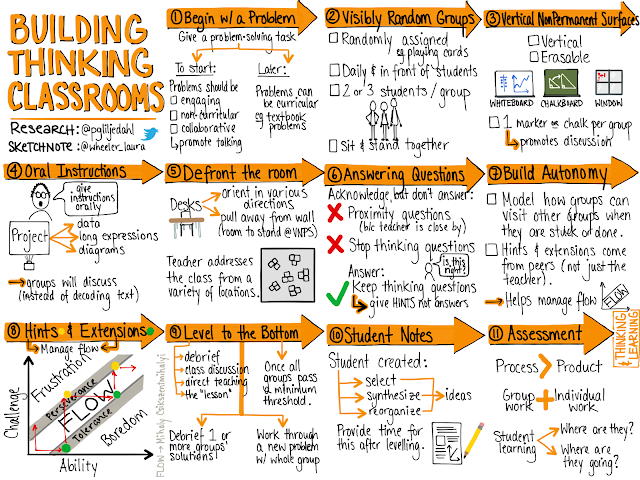 During his consolidation piece, Peter Liljedahl discussed the role of note taking and suggested that perhaps we encourage students to write notes entitled "A letter to my future dumber self" (or otherwise known as thoughtful notes).

So here it goes...
A letter to my future dumber self,

It wasn't too long ago that you saw the acronym #VNPS and thought really?, isn't that just a whiteboard? A gentle reminder to dig deeper before forming an opinion. Vertical Non-Permanent Surfaces represent a shift in the learning environment that directly impacts the student experience. The name means something becau…
Read more

"And today, fresh discoveries in cognition, inquiry, and collaboration show us even betters ways to help learners engage with ideas and drive each others' thinking- not just to remember information, but to build knowledge, to care, to act" (Harvey and Daniels, 2009, p. 7).
How does what I know about teaching and learning in primary apply to the intermediate division? What structures and supports are necessary in the classroom environment to evoke the kind of thinking required for learning? My own "puzzle drive" led me to this book written by Stephanie Harvey and Harvey Daniels.  It came highly recommended by @JennyLoebsack, a friend and mentor who I consider to be an inquiry-guru!

What struck me instantly about this text, is the manner in which theory and practice are examined and explored. The authors share information and their own thinking in a highly conversational way. Part 1 lays the foundation, explains the why, of small group inquiry projects. In it, re…
Read more